“Halal” is the Arabic word for “permissible” and “lawful” by the Sharia law which sets out Muslim norms. With the Halal-certified logo on the food and beverage packaging, our Muslim friends can purchase with confidence and peace of mind. The Muslim population in Japan numbers 180,000 people. Clearly, this community will have a big influence on the local market. Also, the ratio of Muslim travellers to Japan has increased rapidly in proportion to the total number of tourists visiting the country. In 2013, the number of Muslim tourists was around 300,000 and the number is expected to continue to rise in the coming years. A comprehensive partnership agreement with LPPOM MUI ( Indonesian Ulema Council ), an Indonesia’s top Muslim clerical body, as a Strategic Partner. LPPOM MUI becomes the First and Trusted Halal Certification Bodies in Indonesia and has been increasingly showing its existence as a credible halal certifier body, both national and international. LPPOM MUI has been recognized and adopted by halal certifier bodies abroad 45 institutions from 26 countries.

With this strong support and certified status, The MonoQ Shop from Japan has a product such as their Matcha Green Tea Bag with Halal certified and other products labelled as Muslim Friendly Certification giving you no worries to buy. Visit them now at our e-store!

Japanese Matcha is made from green tea leaves, from the tea plant of Camellia sinensis. Matcha in Japan is primarily grown in two regions including Uji in Kyoto and Nishio in the Aichi prefecture. The Matcha tea leaves are specially shade-grown and the shielding from the plant incites an overproduction of chlorophyll which leads to contributes the distinctive bright green colour of the Matcha.

Japanese tea is well known worldwide for being both healthy and delicious. It has then become readily available to consumers with different preparation techniques and new types of tea were introduced. There are various types of Japanese tea you can find in Japan such as matcha, sencha, hojicha, genmaicha, kocha and many more.

Steeped in tradition Arinobu began blending tea for medicinal purposes in 1863. Creating their unique blends still holds to the oriental doctor’s tradition along with uncompromising quality and constant effort to bring new and enticing ingredients to ignite and inspire your next rich moment. Check out their e-store at our platform now! 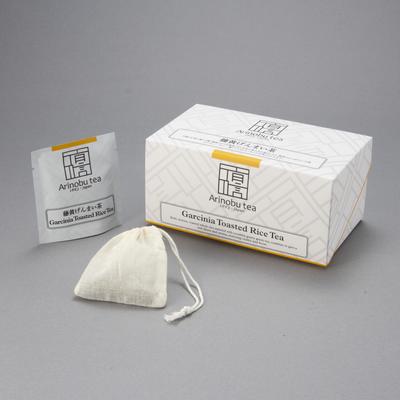